How Modern Solar Path Lights Help To Your Daily Life? 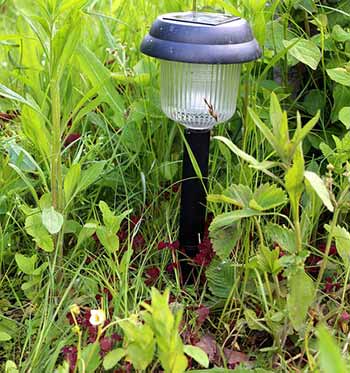 Modern solar lights for the streets are mostly LEDs referred to as outdoor solar lights and look like light boxes which resemble natural light. Modern solar path lights are the LED path lights and are very much helpful and advantageous when compared to former traditional Metal Halide, HPS among other formerly used sources in lighting. Such benefits range from better efficiency, higher light quality and savings on cost.

Most places are now going for this modern path lights for their industrial, commercial or residential apartments. Some of the help which the modern solar path lights are giving making them advantageous include:

The modern solar path lights have replaced the former Metal Halide of 400W and now use LED fixture of 120W. This LED produces very bright lights which illuminate quite larger area. Additionally, it makes use of very less energy of 120W. Such greater and brighter illumination helps improve safety and also cut on crime as you can easily see far. For night driving, such modern path lights are helpful as they help reduce possibilities of accidents happening in places that seem dark.

Unlike the traditional formerly used Metal Halide or HPS to light path lights, modern solar path lights do not need an additional fixture pole. Such cost of purchasing the poles is saved.

Lumen depreciation can be defined as the process whereby lumen produced as output by the light goes diminishing with time. Such factor is always very crucial even when purchasing various sources of light since greater depreciation would simply imply most cost on maintenance. Traditional path lights used Metal Halide and HPS which has earlier lumen depreciation which was also very quick throughout the life of the bulb.

For the modern path lights running on solar, they use LED which takes quite long periods of time before beginning depletion in lumen output and also the depreciation of such sources is quite slow compared to traditional path lights.

Modern street lights driven by solar tend to have almost no dangerous impacts on your environment. Solar energy use for generation of power to drive those path lights has more benefits as compared to using the traditional electricity-driven lights whose source of power is non-replenishable. Such sources most at times result in carbon dioxide production a by-product not any good for balancing the ecology.

Many of the modern lights which are powered by solar come fixed or inbuilt LEDs. Such LEDs, in turn, can then be colored such that they meat various desired CRI which makes them look like sunlight most possible way hence improving visibility at night. Unlike the traditional lights which came with halide lamps not offering as much visibility as the solar-powered modern lights.

According to price, solar modern lights are far much expensive when compared to the former street lights. However, when you consider the maintenance and installation cost of the solar modern lights as well as replacement of the lights compared to traditional lights, solar lights make a better investment. Unlike tradition lights, they need very minimal maintenance and also for setting up you need no electric poles which at times make the procedure expensive and tardy.

Additionally, the filaments used to make such sources of lighting don burn as quickly and also, unlike the traditional lamps they contain not chemicals which are toxic like mercury. Due to the longer life cycles, cost of maintaining such are way too low. Such features make them convenient for places where replacement of the bulbs is inconvenient or rather expensive and difficult.

Path lights driven by solar keeps the paths lit throughout the night whether there are grid failures or power cuts. For traditional path lights, in case of a grid failure or such power cuts, they stop functioning.

Modern solar lights using LEDs as lighting source are much more energy efficient. Such LED s have doubled their efficiency of energy. Such bulbs use only 15% of the energy of the bulb and generate much light per every watt. LEDs produce about 80 lumens for every watt, unlike the traditional lighting which produced 58 lumens.